Back to Normal Routine

As always, the day always begins when the assistant of the day wakes everyone up at 6:15 a.m. It was my turn this morning and I was shocked as soon as I stepped out of my hotel room. It had rained! It started to rain last night and it continued all through the night. It was nice to see rain because we don’t see it a lot back home.

Eventually, it was breakfast time and everyone was recharged and wide awake while we ate fruit, banana pancakes (that we seem to not get enough of) and tea or coffee. After we all had a chance to reminisce about the funny moments we shared ever since we set foot on the island, it was time to go to our first class of the day, Gamelon class. Personally, I think the group has come a long way since the very first day we got introduced to our instruments. We sound more in tune than just weird sounds all playing at once. Even though each song is played a little different, it is all coming together. Each day at Gamelon class, we practice hard to perfect the melody of the song. AND it is raining.

Lunch time! As usual, we ate at the place we always eat at when we have class (unfortunately I have not learned the name of the restaurant yet). After some Mie Goreng and a few Hawaiian pizzas, it was time to go to our afternoon classes. AND it is still raining.

Half of the group went to puppet making class and the other group went to painting class. I was a part of the group that went to painting class and each time I go, I am excited to see how my painting will transform by the time I leave. After the short run through the rain, Aidan, Dee, Erik and I were settled in and we began shading parts of our paintings. The shading caused the objects within our paintings to become three dimensional. Our paintings were finally coming together and they all looked so beautiful already. I’m excited for parents to see what we have created, and I’m sure you are, too. Hang in there, because we are not even halfway through the trip. After another peaceful painting session, we had left to return to the hotel. AND it is still raining.

We had left when Zenia called because we didn’t want to get soaked. Instead, we ended up waiting for what seemed like forever. On top of it, Dee and I needed the restroom so bad. So, during that whole time, we were dancing and doing all kinds of things. The sound of the rain made it even more tough. But, who could we blame? There was a ceremony going on and that is what made our transportation late. They were stuck in traffic. Finally, they arrived but, there was still traffic on the way to the hotel. Just bumper to bumper. The traffic was so bad, it was like traffic during evening rush hour on the highway in Albuquerque. Before we knew it, we were walking back to the hotel. Luckily, it had stopped raining.

The productive day ended with a filling meal at Savannah Moon just down the street. Let me just say, I’ll probably be having a ham, cheese and tomato sandwich every time we go there. Oh, and a chocolate ice coffee, too. Dee, Marie, and I ended this fine, cool night with a short walk to an ice cream shop. There was not one time where the three of us had stopped laughing on the way to and back from the ice cream shop. It was definitely a good way to end another productive day in Bali. Sampai Jumpa Lagi! Good night/day to everyone! 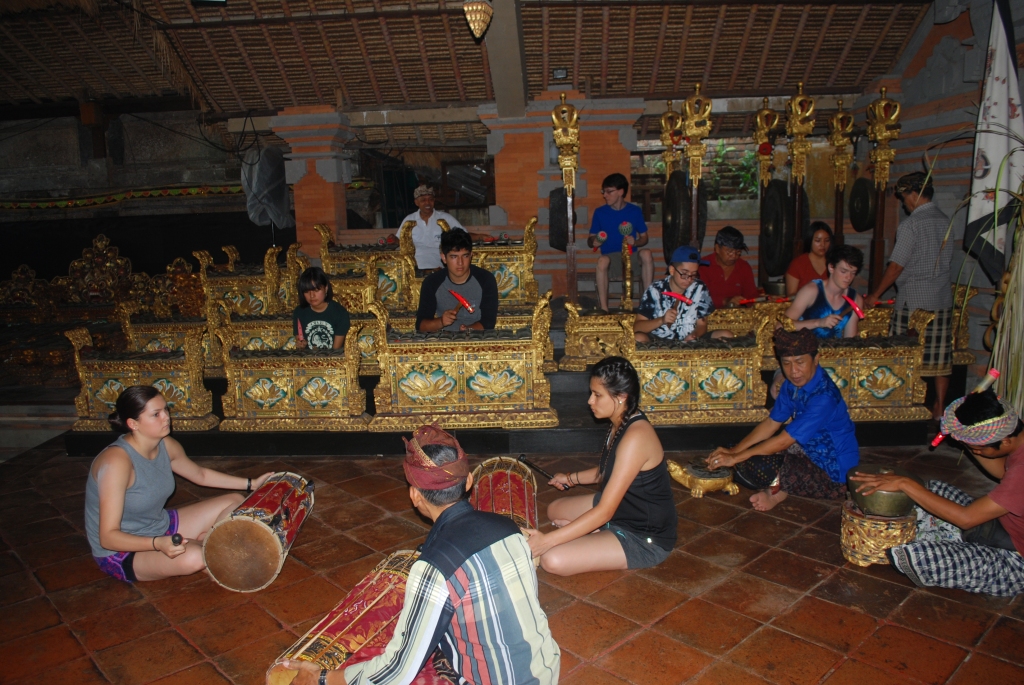 3 Comments on “Back to Normal Routine”

This site uses Akismet to reduce spam. Learn how your comment data is processed.